Early-January 2020, President Clinton announced that her administration was tracking increased cases of pneumonia happening in China. While it seems to be mostly localized, the events in a large city, Wuhan, are seeing hospitals at capacity, and spikes in admissions.

Her administration offers aid to China, which they happily accept. The World Health Organization, as well as US CDC officials are on the ground, collecting data and tracking the illness spread. CDC officials update other Federal Agencies as well as State contacts. The US media continues to cover the ramp up to the Super Bowl.

It’s Mid-January, and the pneumonia outbreak is suspected to be caused by a virus similar to SARS. 18 years prior, SARS infected over 8,000 people. It was a wake-up call to the whole world. An infectious virus most people seemed to show no immunity to, was hospitalizing people at alarming rates and killing most of those being hospitalized. Luckily, in the last 18 years, the US along with other countries started attempts at a vaccine. While it’s only 20-40% effective, it seems to provide some protection. Anti-viruals developed seem to help most people recover a bit quicker, a bit like Tamiflu for the more common and much less worrisome influenza virus.

As January comes to an end, other countries around China are seeing the early signs of infections. They were alerted by US/China infectious disease officials with the help of the World Health Organization. The United Nations has informed member countries, and many have already been mobilizing teams and supplies gathered in the 18 years post SARS.

About 8 years prior to this, a MERS outbreak, similar to SARS occurred mostly in the Middle East, it was quickly contained and with help of anti-virals and research conducted in part because of SARS, it was mostly contained, despite many catching the virus dieing.

CDC officials put out guidance on February 1, 2020, letting the public know of the increased risk of traveling in and around China. CDC plans developed post-SARS and MERS start to go into effect, a mobilization of supplies, medicine, and the money starts to flow to high-risk areas in the US including major cities. There are no cases in the US, but the spread of COVID19, recently identified as a novel coronavirus, has experts on alert and governments have mobilized to stay ahead of the spread.

The US starts an information campaign, reminding people to wash hands often, stay home if they’re feeling ill, and something new– new at least to Americans– social distancing.

It seems that this virus, similar to other viruses’ can spread in a cough or a sneeze up to 6′ from an infected person. It’s advised to say 6′ away from people in public. Most large events decrease attendance rates as a precaution, many restaurants and theaters decrease their occupancy to 50% to help people spread out.

Americans are slow to adopt this, but the information provided by the Clinton Administration seems to make a lot of sense, and the Media is reporting the virus is spreading swiftly outside of China.

Thanks to quick efforts by Chinese and US officials, many are hospitalized, but we’re understanding more about this new COVID19 each day. American’s are worried, but it seems Government is acting proactively.

After a few weeks of social distancing, the virus is detected in the United States, but oddly, people are starting to like a little extra space in public. Business and the economy are showing signs of slowing, but most experts agree it is temporary and will likely prevent infections, which will keep the economy in better overall shape.

With outbreaks now occurring in major cities, President Clinton addresses the Nation. She highlights the steps that have taken place in the weeks and months prior. Many in America never gave it a second though. Many were surprised to learn what’s been happening for the past 6 weeks. It just seems normal, of course, the Government would be on top of this, just as they were for MERS, we learned a lot about how to better prepare after SARS.

She outlines, new steps, including additional aid to States including a massive influx of masks, gloves, gowns, and ventilators. She mobilized FEMA since they have experience with post-disaster responses. While this is a bit of a different mission for FEMA, they find it easier to operate with infrastructure not devastated by a natural disaster. Many States are now seeing cases, hospitals are stretching, but thanks to lessons learned from SARS and MERS and early actions of the Clinton Administration, most are managing. There aren’t any shortages, but people are concerned about why the government hasn’t done more and why it was so slow to act.

“The Democrats clearly learned nothing from the SARS and MERS outbreaks,” a conservative political pendant says on a national 24 hr news station. “We have very sick people out there” he continues, “President Clinton was too slow to respond, her Administration hasn’t acted fast enough. We have people dying out there!”

As with most things, there is some truth in those statements. There are people dying. In early-March there were around 20,000 infections in the United States. Thirty-five people have died, and many are on the brink. Most people, however, enjoy good health. They’re three years into the Federal Government expanding Medicare to anyone that wants it. People worry for those that have the virus but don’t fear getting sick as they did under Obama Care; especially if they loose their jobs due to economic slowdown. Having access to low-cost Government lead health insurance ensures they won’t go bankrupt if they need hospital care, and those that are unemployed, have heavily subsidized premiums– it’s almost free for them.

Still, some argue that Medicare for All isn’t nearly enough. A Democratic challenger is still championing Single Payer insurance to eliminate the unequal coverage people are experiencing. It’ll be interesting to see how this plays out in the coming months, given the virus is in the news. Most people think President Clinton isn’t progressive enough. It’s odd, though not unheard of a sitting President being challenged by a member of their own party; after all, in 2016 Clinton ran against a self-proclaimed billionaire celebrity businessman. People are still surprised the Republicans nominated such a person. Clinton easily won the popular vote in what some called a landslide, though the electoral college votes were much closer.

The DJI and SP500 have seen heavy losses, down around 10% each. Experts fear a deeper slowdown, maybe even a small recession. It’s mid-March and the US has seen 10,000 cases. Death rates have stayed pretty low. ICU’s are struggling, and there are still fears of equipment shortages. The US mobilized emergency stockpiles in the weeks prior, States and hospitals are still receiving a steady supply. Many in the private industry have risen to the occasion, turning production to needed medical equipment.

Experts are warning this could get far worse and we’re only just now entering the virus outbreak. Many business close and more extreme social distancing measures are enacted. While all major cities are slowing down, it’s largely business as usual, though many are working from home.

Soon schools closed and unemployment numbers start to rise; President Clinton works with congress to mobilize education reform. (The Federal Government took an unprecedented step to provide funding for child care expenses during this virus outbreak. Since most facilities are close, parents are able to collect the child care money until they’re able to safely bring their children back to childcare facilities.) Teachers, while mostly working remotely, also received pay increases, and money is earmarked for a huge expansion in 2021 to decrease class sizes and better support alternative learning methods. We after all, can’t leave children behind in times of Nation crisis. The last six weeks have shown that investment in our future is more important than ever, and we need to adapt to a changing digital way of life. Higher education loans are set to <3% rates in an attempt to help students with payments. These changes are assumed to be permanent as the Nation moves toward universal higher education. With higher corporate tax rates and less tax breaks, most States are returning to education funding levels not seen since the 1960s as it is.

With national layoff-rumors starting to ramp up, the US takes a huge step to adopt basic income for individuals making less than $100,000 a year. Every citizen will be eligible for a payment to cover basic living expenses. Senator Yang has championed this as an American Dividend. While it’s not a lot, it’ll go a long way in helping folks pay the bills.

Vice President Warren was instrumental in education reforms as well as basic income. Her work with the Senate ensured full funding for both bills, financed by just a 5% tax on incomes over $50,000,0000. Many Americans are shocked to learn such a small tax could do so much. Google reports a surge in “New Deal” searches. Under President Clinton, the economy has exploded. Consumer confidence has never been higher. Because everyone has affordable health insurance, and some have a little extra money thanks to the American Dividend, the economy is booming. While business grumble about higher tax rates and having to pay more of those rates, the SP500 and DJI have never been higher.

But all of this is under threat due to the virus outbreak. As the end of March approaches, the markets are down nearing 15%, many speak of a small recession on the horizon. Cases of CORVID19 are still happening, but infections seem to be slowing, attributed by most experts to a swift response by the Federal Government in China and the preparedness steps learned by the SARS and MERS outbreaks. While a recession is likely, few are worried about losing their homes or being evicted.

Denmark recently passed a bill to fund all employees at 75% of their yearly wage until the outbreak is done. While the American Dividend will help, it’s rumored President Clinton is pursuing a similar bill similar to Denmark with the Democratic Congress.

In more light hearted news, former Presidential candidate Donald Trump recently filed for bankruptcy for the 4th time. He was quoted blaming ‘Crooked Hillary’s insane tax policy’ as reported by the National Enquirer tabloid. Well run business continued to grow and flourish however. There are even rumors of massive small business grants to help start the next era of business.

I don’t typically write Fiction… but maybe it’s an alternate history. 🤷‍♂️ Just need a little sunshine with everything going on. Wash your hands, stay home if possible, call folks you haven’t spoken with for a while, but try to have some fun. We must press on.

First, let’s get rid of bosses 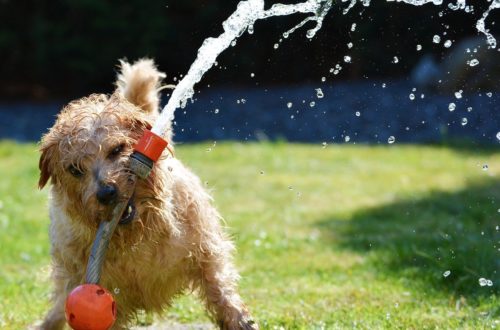